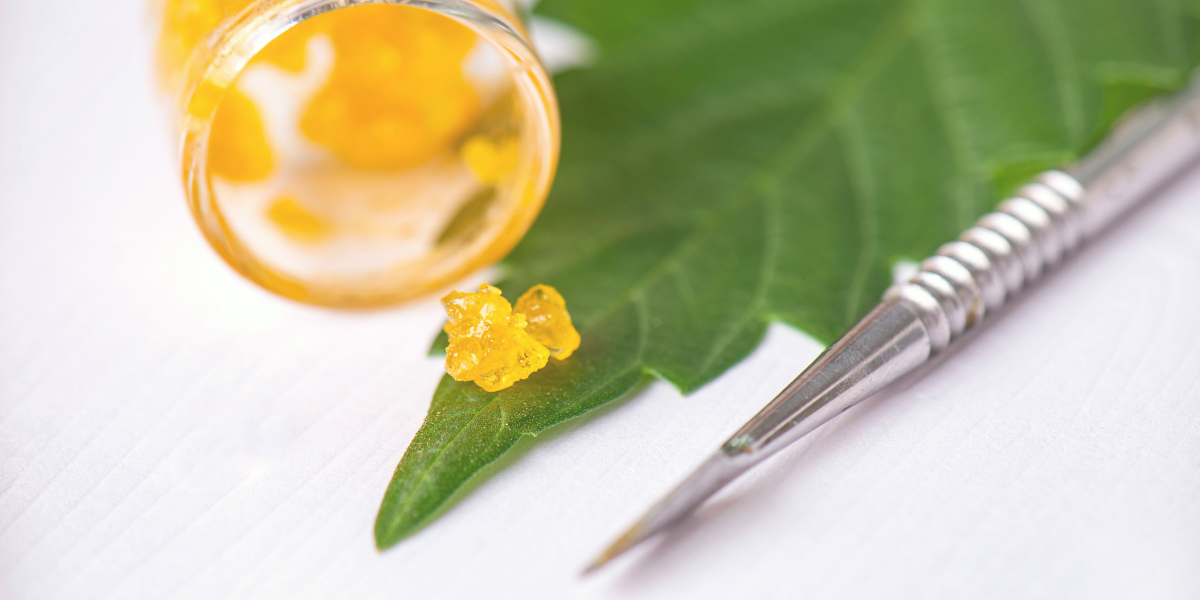 As legalisation becomes more popular, an expanding variety of cannabis products are available, expanding beyond grinding up herb and lighting it on fire. Smoking cannabis flower remains the most popular, simple, and inexpensive method for consuming cannabis, but more users are choosing to dab and vape high-potency concentrates. There are things to consider before delving into a higher potency product, and there are increasingly more options to choose from.

Resin and Rosin are two particular concentrates that are growing more popular in the legal cannabis market. Before you go shopping and get overwhelmed by choices, check out the basics of live resin and live rosin: how they are extracted, how they differ as products, and how they can be consumed.

To start with, the first term to understand is whether the rosin or resin is referred to as “live” or “cured”. So the basics are: it’s called “live” when the product is frozen as soon as it’s cut from the plant, preserving terpenes and flavors as much as possible. Using “cured” or “dried” cannabis is going to produce “cured” flower rosin or resin.

What Is Live Rosin?

Rosin is a potent, clear-to-amber-colored substance that is similar to tree saps upon inspection. It’s distinct from other extracts, such as shatter and budder, because it is a solventless concentrate, meaning it is made without using chemical solvents such as carbon dioxide or ethanol. This lack of chemical solvents is an alluring aspect to many health-conscious users or terpene hype-beasts alike. “Live” rosin arguably contains more terpenes than other cannabis rosin products, which gives a full-flavored experience. Part of a rosin product is enjoying a full flavor and a concentrated high.

How Is Live Rosin Made?

Hot metal plates are smooshed against the cannabis to squeeze out the crystals from the flower. Now, these plates aren’t so hot as to burn the product but just melt the good stuff down in order to be easily squeezed out and collected. The more pressure that is applied to these plates, the better your yield, so industrial equipment is best here ( though some people can get decent results with a vice-grip, strong hands, and a decent hair straightener with temperature control).

What Is Live Resin?

Resin is the same sort of result but with a different extraction process using solvents, such as ethanol or carbon dioxide (CO2). Ethanol is a clean chemical with almost no traces of byproducts when done properly. CO2 is not leaving anything behind and is a bit more technically complex than ethanol. Both methods of concentrating the cannabis are also about using more of an air force or air pressure to blast the trichomes off the plant matter. The plant matter is loaded into large chambers that can withstand high pressure. Resin production methods require a technical understanding of the science behind them before attempting.

What’s The Difference Between Live Resin and Live Rosin?

To compare THC potency, live resin, the solvent kind, generally contains more. Its extraction process is more technically difficult, so it can be more expensive than rosin. Resin may be more concentrated and therefore you may need to use less of it, so potency and price are relative to a degree.

To compare flavour, live rosin, the pressed kind, generally keeps all the nuances intact and is preferred for flavour. Some connoisseurs can detect the ethanol or butane used in other concentrates production, and rosin is a great option for a purist. Its extraction process is still difficult and somewhat dangerous, requiring less equipment but high heat and expensive pressing machines. To get enough heat and pressure at the right consistency, it can take serious equipment. This process also takes a lot of plant material to produce a small amount of product.

How Do You Consume Live Resin/ Rosin?

Both live rosin and live resin are commonly consumed using battery and cartridge vaporizers, or dabbing rigs, a type of specialized water pipe. Rosin and resin can be rolled onto rolling papers and smoked, eaten when treated like hash oil, or pretty much however you like, but vaporizing at very high temperatures is perhaps the most preferred.

People with experience will give you notes on using a butane torch to properly heat a quartz banger and they might remind you to season your nail too. If this sounds crazy to you, check out this dabbing for beginners article. Basically, you’re taking steps to ensure that your prized concentrates don’t taste weird because your rig is dirty. Typically made of glass, water pipes intended for concentrate use are called dab rigs. Dab rigs can be found at your local smoke shop or dispensary. It’s an enjoyable experience to build your own rig from an assortment of parts, based on your preferences and requirements.

Pre-filled vaporizers or handheld vaporizers that require a disposable cartridge are ideal for cannabis users who want a simple, discreet method of use. These devices are designed to accommodate various concentrates, either resin or rosin, sometimes mixed with additives to make the concentrate flow easier. Try to find out what else might be in the cartridge, as there are varying opinions about the safety of PEG, the types of glycerine used to make the concentrate flow easier or produce a nicer vapour.

Different subtypes of resin include:

Other Types Of Cannabis Concentrates:

If you’re here at the end of the article and still thinking “how will I remember the one-letter difference between these two” I’ve got a trick for ya. The memory trick I personally use is that rosin sounds like “rose” and roses smell, so rosin is typically more fragrant.

*A bit of a disclaimer, this is a choice between high-end products that take special care to produce and consume. It’s wise to find someone to guide you through the process and maybe even hold your hand for the first time. Even those with a high tolerance for smoking cannabis may be surprised by the more intense high you get from concentrates. So keep in mind that both live resin and live rosin can be muuuuuch more potent than most other methods of using cannabis. As mentioned before, it is always wise to start small and proceed with caution when it comes to trying new cannabis products or methods of consumption. Consult a pro, someone who’s tried a few methods and can point you in the right direction.

Short of having a friend to physically show you how it’s done, there are lots of videos that can help with the technicals. The choice still remains, resin or rosin. The main differences are whether or not you mind that a solvent such as carbon dioxide was used to make your product, or if you feel better that it was squished out by hot plates. The next decision is made by trying both and seeing if you enjoy the rounded full and natural essence of a fresh and wild cannabis plant’s rosin, or, you prefer the crystal clear and laser-focused high of resin. 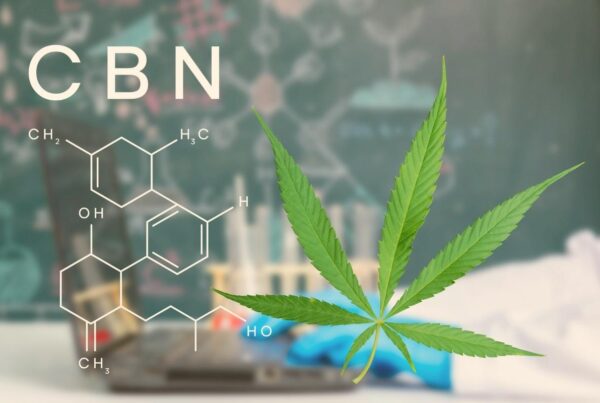 Does CBN Get You High? (Everything You Need To Know About Cannabinol)  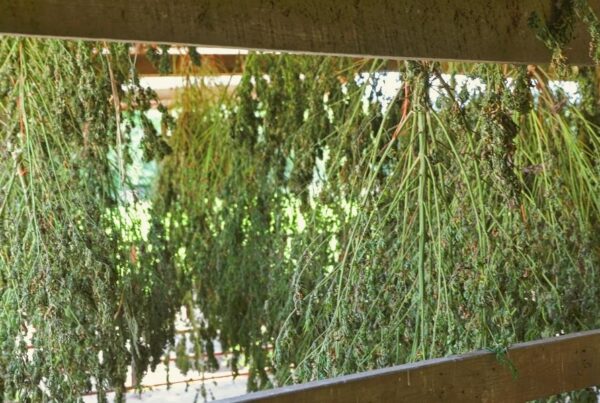 How To Dry Cannabis (Step-By-Step Guide) 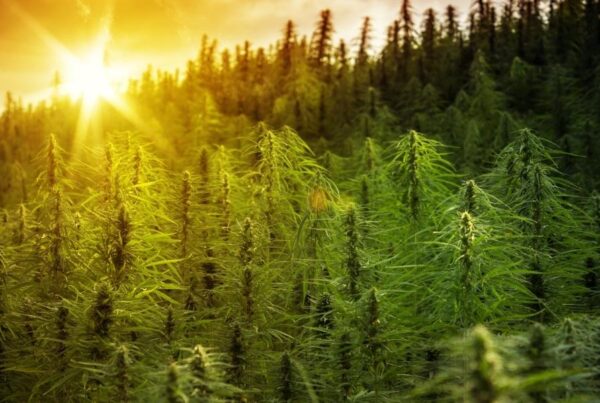 What’s The Difference Between Indica And Sativa Flower?